Ah, science fiction. This is a genre that has grown in popularity since it was first popped into the literature scene back in the 1920s. What is science fiction and how did it come about are good questions and ones we’ll answer here. Then we will give you a preview of some of the most anticipated sci-fi books that you’ll want to add to your TBR list for 2022.

The what and When of Sci-Fi

The term Science Fiction was made popular in the 1920s by one of the genre’s greatest supporters, a publisher named Hugo Gernsback. The annual award for excellence in science fiction writing, given out by the Science Fiction Society since 1953, is named after Mr. Gernsback, and sci-fi writers wait and hope to win a Hugo for their work. The award is given to the top sci-fi writers, illustrators, editors, films, and fanzines.

Science fiction is a modern genre that formally emerged in the West, where repercussions from the Industrial Revolution caused writers and intellectuals to examine technology’s future impact on society and humanity.

By the start of the 20th Century, there had developed a number of standard science fiction sets around certain themes that became the basis for science fiction stories that we see today. Those themes included space travel, robots, alien beings, time travel, as well as prophetic warnings, utopian aspirations, completely fabricated worlds, disasters, strange voyages, and more.

Science fiction writers will often seek out new technologies and scientific developments to expound upon and develop ideas of techno-social changes to shock and titillate their readers, shake up their sense of cultural norms, and in general, expand their consciousness.

The famed science fiction writer and one of the pillars f the genre H.G. Wells was famous for his consciousness-expanding work and his ardent admiration of the British Scientist T. H. Huxly. Huxly’s dogged devotion to Darwin’s theory of evolution is interpreted by Wells in his stories that project themes of radicalism, aggressive satire, utopian political agendas, and heart-stopping predictions of technological destruction. Many other notable science fiction writers built the foundation of our modern science fiction. The dark, dystopian words of T.H. Huxly’s grandson, Aldos Huxly, most notably brought to fruition in his 1932 book Brave New World. H.P. Lovecraft wove the drum of impending dread through his work Necronomicon, an imaginary book of knowledge so intense that any scientist who attempts to read it falls into madness. The writer Philip K Dick, whose work is often translated to film, worked on a more personal level presenting metaphysical conundrums about identity, humanity, and the nature of reality.

On and on, we could go. The entire genre is often misunderstood by those who cannot understand the glorious serendipity of science and fiction meeting and creating stories of wonder, fear, hope, and horror.

The genre’s history is there for the asking, and the writers of science fiction are digging deeper and deeper for subject matter, sermons to share, and worlds to explore every day. If you’re interested in origin stories, there is no end to the information you can find online or in your local library (local what?). We’ll leave that search for you. But now, the point of this article, to tell you about some science fiction books you should have your eye on in the new year. The science fiction genre has now been forever connected with the fantasy genre so, when you’re looking for books, you’ll find them in the sci-fi/fantasy section of your local book store or library (There’s that word again.)

So, in the following suggestions, we offer books that fill both or either genre for you to explore and enjoy. Let’s jump in!

How High We Go in the Dark

Sequoia Nagamatsu gives us a story about a pandemic that is unleashed in the world. I know, I know, so far-fetched, right? The year is 2030, and an Arctic plague is released through the melting ice cap, which will reshape the world. While fear, destruction, and confusion reign in the aftermath, the writer treats us to stories of loosely connected characters either through seeking a cure, falling in love, or searching for a new habitable planet. Science fiction with some thin slices of life for added flavor. This one arrives on January 18, 2022.

This one takes place on a ghost ship -a ghost spaceship, that is. About to be replaced by machines. Claire Kovalik and her crew are on one last mission near the edge of the solar system when they pick up a distress call. They immediately jump into action, knowing anything is better than going home to be replaced. Trouble is, this distress call is from a luxurious ship called The Aurora, which disappeared twenty years ago while on a space tour. Claire decides to investigate the mystery of the lost ship with ghosts, carnage, and madness are around every corner. She has to figure out the mystery of the lost ship, or her crew could be next. Written by S.A. Barnes and hitting shelves January 22, 2022. Writer Mike Chen gives us this story of the lives of twin girls Evie Shao and Kass. When they were young, their father and brother were abducted by aliens. The father returns with stories, but brother Jakob is gone. The girls never speak to each other until they become adults when Evie discovers a world on alien conspiracies and UFO networks that bring their brother back. But, Jakob is speaking strangely of an impending alien war. The family will need to find a way to save their brother, their relationships and prepare for the war to come. Look for this one January 25, 2022.

Imagine an empty world. The year is 2050 and the earth’s environment, poisoned by humanity’s negligence, is in danger. The rich have long ago fled the earth for off-world homes. In New Haven, Connecticut, there is a diverse community of some of the last people left. Tochi Onyebuchi gives us the story of this community and how they survive on the scraps and parts they can scavenge from the depleted area. All the while, they learn to appreciate, fully experience, and make history in this troubled world. Arriving January 25, 2022. 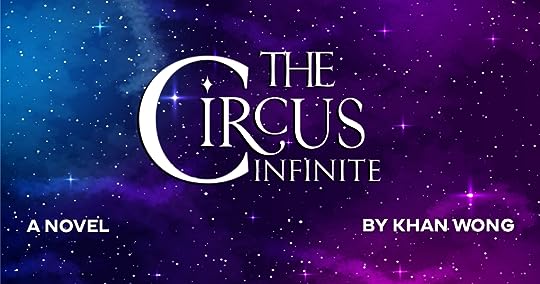 Jes is an empath, and he has gravity powers many scientists covet. Now a mixed-species fugitive, he runs away to a pleasure moon where everyone blends in. He Lands a circus job at a hotel to stay off the radar. The local corrupt crime boss who owns the hotel has spotted Jes and forces him to comply with whatever crimes he’s told to do, or the consequences could be grave. But when the crime boss takes it too far, Jes, with his newfound family, stand up to stop him and save Jes from being another experiment in the process. A story of family and standing up for what’s right by Khan Wong, hitting the stores March 8, 2022.

Are your lips smacking? Are you drooling with anticipation? Relax, you don’t have to wait for great science fiction to come out; you can take a jaunt to Marissa’s Books and get your science fiction fix any time.

Marissa’s has great science fiction titles like the complete fiction of H.P. Lovecraft, The Pure Trilogy by Julianna Baggott, Dune by Frank Herbert, and Lost Transmissions, a sort of Sci-fi bible by Desirina Boskovich. Marissa’s has so many books to feed your sci-fi needs; you may never look at another bookstore again.